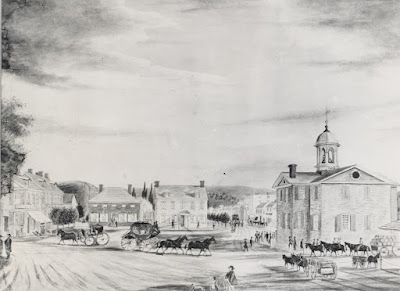 With the Act of Assembly, passed March 11, 1752, the county of Northampton[1] was erected. That same act provided the men to purchase land and to build a Court House and prison. The prison was first priority, not only for housing prisoners, but as a shelter for possible Indian raids. All the allotted monies went to building the prison. The first prison completed by early 1753, was made of logs. Later, in 1762, at the southeast corner of Third and Pine Streets., a stone jail had replaced the original log building.

Not until 1764, was land for the Court House chosen. William Parsons, surveyor for the Penn’s, laid out the new town and chose the center, an area 320 feet square, as “The Great Square.” It would provide an ideal site. Only a few residences and businesses had been built around this square, lots bought from the Penn’s, the Proprietors. In the end, this lot, 80 by 80 feet at the center of this Great Square, was conveyed to the Trustees to build a Court House. The yearly quit-rent[2] was “One Red Rose to be paid to the Penn’s, their Heirs and Successors, at the Town of Easton, at or upon the first day of March in every year.” The stipulation was only a Court House could be put on this piece of land. Up until the time the Court House was built, sessions were held either in a tavern, a ferry house, or possibly out in the open.

2  a rent, typically a small one, paid by a freeholder or copyholder in lieu of services which might be required of them.

The Court House was built “in the form of a Greek Cross, the roof forming gables at the ends of each arm. It was capped by a belfry.” It would be two years later that a bell would be cast on July 29th, 1768 by Mathais Tommerop, in the bell foundry of the Moravians in Bethlehem. On August 9, 1768, the bell was brought to Easton and put into the belfry. 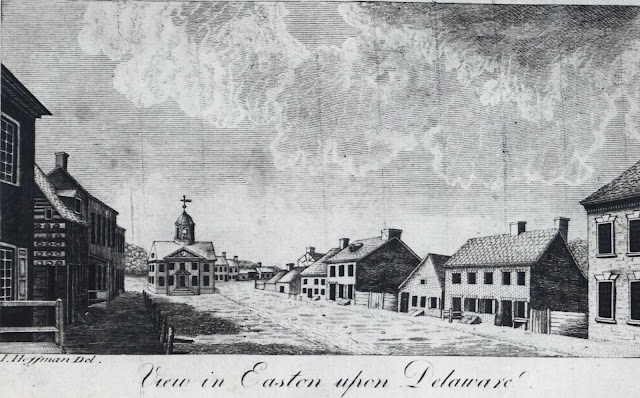 Court week was lively for Easton, the county seat. The merchants, tavern owners would profit from the people coming to court.

Around 1793, more space was needed and property was bought to build the County Records Building. This was erected on the south side of the square, east of Pomfret Street in late 1795. 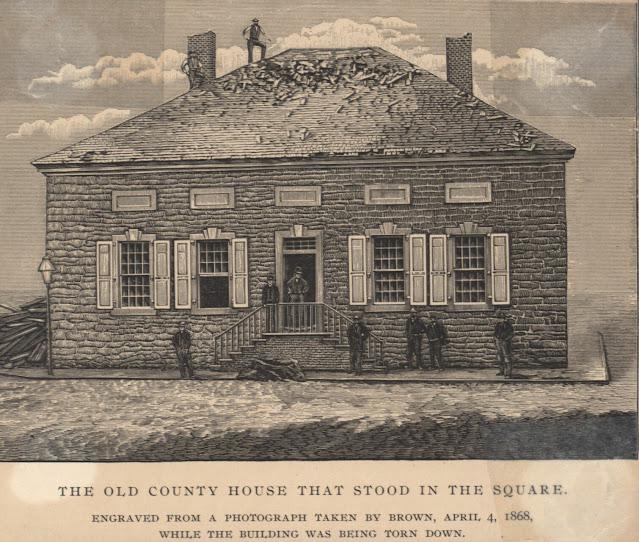 With England not fully accepting America’s independence, the War of 1812 broke out. It was on September 13, 1814, Captains Abraham Horn and Peter Nungesser companies of volunteers gathered in the square. A young girl, Rosanna Beidleman, presented a flag [3] to Captain Horn’s company. Fortunately these men returned home after three months without seeing any active service.

[1] This same flag is kept in the Marx Room of the Easton Area Public Library.

In 1827, a contract for a clock with “an hour and minute hands and four dials facing the cardinal points of the compass” was given to Gottlieb Schultz of Philadelphia. Mr. Schultz installed the clock with the dials placed in the four gables of the building.

Many years passed and the Court House started to show signs of aging. In 1844, there was talk of a new Court House, but the taxes were already a burden and so repairs and sprucing up were made.

An interesting event happened in 1846. The Court House allowed the borough of Easton the use of their rooms for meetings, but in November 1846, the county commissioners told the borough to vacate. This did not go over too well with the borough and they retaliated by erecting a circular spite fence around the already square fence surrounding the Court House. Therefore, for a while, there were two fences on the square.

By 1858, various newspapers described the Court House as a shanty, a dirty place, smelly, and a poor house. That same year, a movement was started to have a new courthouse built in Nazareth. This endeavor never went anywhere. In December of 1859 the grand jury sanctioned the erection of a new building and abandoning the old one.

When the Civil War started in April 1861, it was hard to believe that anything would be done to the current Court House, as men were volunteering and there was patriotic fervor, but in December of 1861, the Court House was condemned and sold to John Maxwell for $56.00. He only wanted to salvage what he could from the building and agreed for it to be gone by May 15, 1862.

The location of the new Court House bounced back and forth between the original site, the County Records building, but finally was settled with the purchase of land offered by David D. Wagner on May 23, 1860 for $1.00.  This was on Walnut Street, the current location of the Court House. 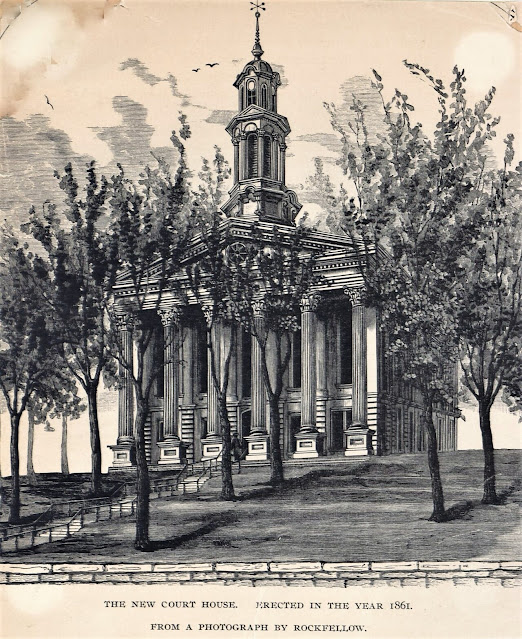 We cannot forget the long running Farmers Market. Starting with a Market House on the circle. 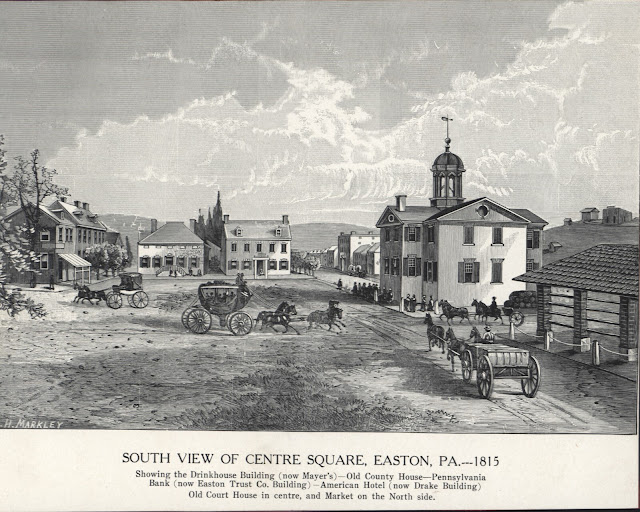 The clock from the Court House was reinstalled in the steeple of the German Reformed Church on North 3rd Street. The circular window is housed at the Northampton County Historical & Genealogical Society. The bell went up to the new Court House on Walnut Street. 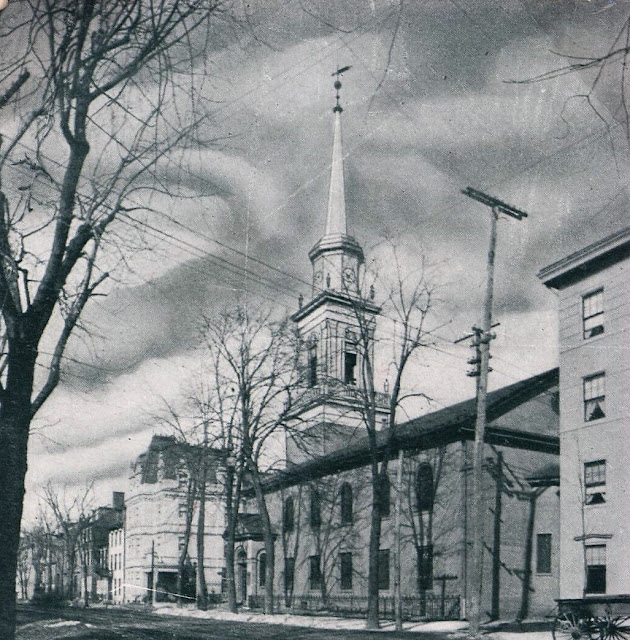 In 1974, local restorer of historic structures, William Eisenhardt, offered rare cherry wood to build a near replica of the old Court House. He was hoping it would be built on the original square, but was willing to put it on another site.